Official Prices
Ministry of Agriculture, Livestock and Fisheries Argentina
(*) Theoretical FAS (Includes bonuses for fat). Calculation formula is modified as of 02/14/19
Theoretical FAS of Soybeans and Sunflower: Corresponds to the Payment Capacity of the Exporting Oil Industry

Why Sorghum Is Gaining Growers’ Attention For Planting

A report by Juan Manuel Uberti, from the Grassi brokerage, analyzes the keys to the business in this context. Prices, export demand and the comparison with soybeans and corn. 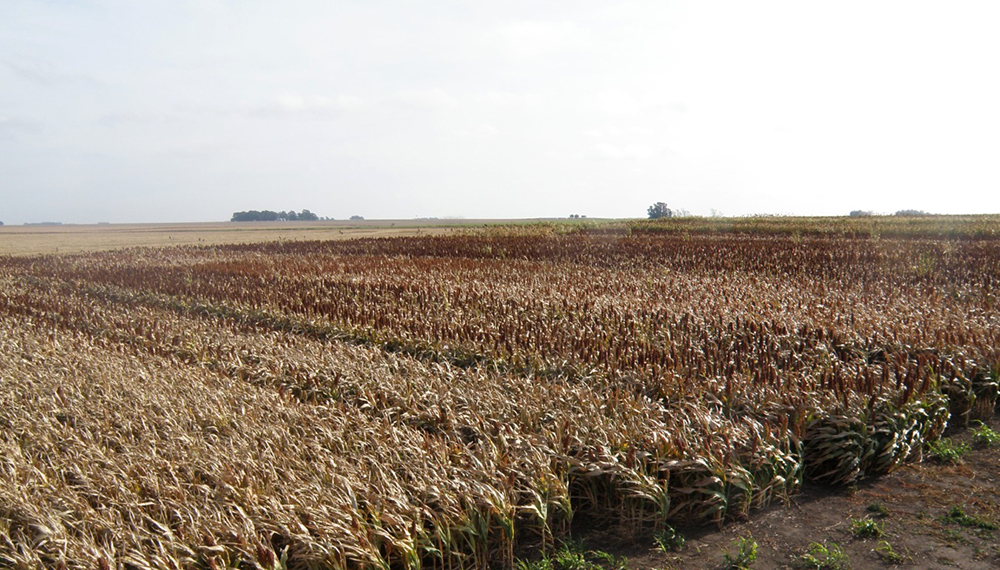 The sorghum market has been attracting the attention of producers in recent weeks and there are several reasons that explain it: on the one hand, prices are firming and appreciating ; and on the other, the export demand stands out.

This is how Juan Manuel Uberti , from the Grassi brokerage , explains it in an interesting report in which he analyzes the current context at a key moment such as the definition of sowing .

According to the latest report from the FADA foundation , the state’s share of agricultural income for the month of December 2018 was 60.3%, the lowest value in the last 10 years.

A firm invested US $ 28.7 million to expand its food plant in Mar del Plata

This is PepsiCo , which inaugurated 7,490m2 covered areas and six production lines to make more salty snacks. Officials and producers of potatoes, corn and oats were present .

It is that, as detailed, the local export demand shows dynamism after a drop in production in Argentina in recent years and that is why “historically high” prices are being validated, just when China accelerates its purchases from the United States and, consequently, offers opportunities to other origins.

“If we review the export program for the current cycle, an increase can be noticed compared to the previous year , accounting for 617,000 tons of foreign sales affidavits so far . In this sense, exporters were insuring merchandise, with purchases already made for 663,000 tons . This represents an advance in the commercialization of part of this sector close to 25% of the production ”, highlighted Uberti in his survey.

Meanwhile, the analyst highlights a clear upward trend in prices in recent months. “By dollarizing the values ​​of the Rosario board, we reached levels above 180 US $ / tn,  which are outstanding compared to recent years,” the report indicates.

“This price scenario produces very attractive margins for the producer , which is why it leads to gain renewed attention in the face of planting “, adds Uberti.

In detail, what can be seen is that the rising prices for the delivery months March to June (around US $ 165) show very outstanding profit margins when the income-cost equation is considered for the producer .

And in relative terms for soybeans and corn, there is also important data. “Regarding soybeans, the ratio is around 64%, when in recent years it was around 45-55% . Against corn , a par relationship could be agreed, with a plus of 10%, when historically it usually maintains 80-90% of the price ”, the study details.

In addition, it highlights the importance of sorghum as a production alternative in areas where corn sowing is difficult, as it is a more “rustic” crop with respect to water demand and soil conditions.

The consultant Pablo Andreani considered that “2021 will be the year of corn and Argentina will once again be the second world exporter, behind the United States and above Brazil.” 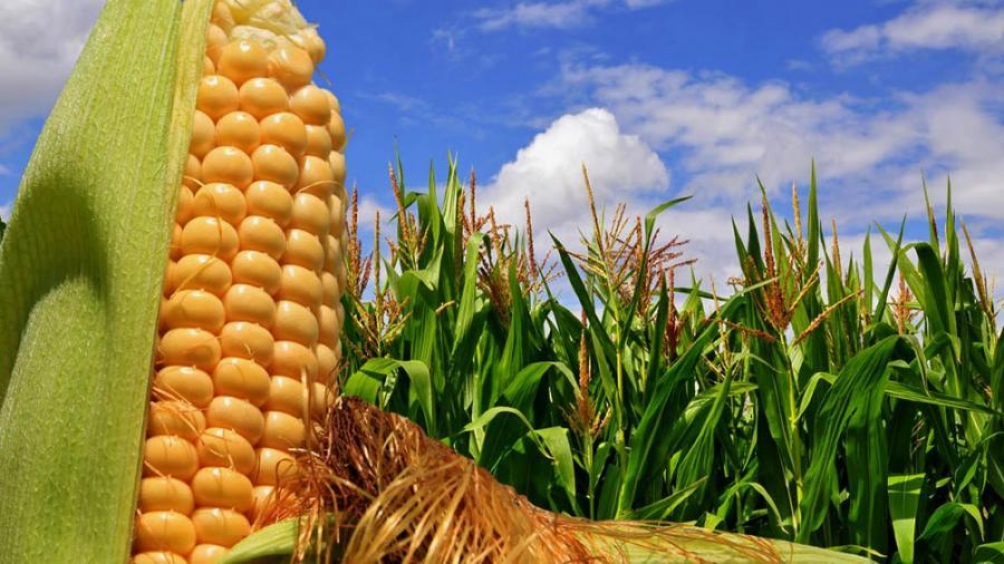 There are good prospects for Argentine corn
Private analysts and operators of the agro-export sector anticipated, a few days after the launch of the 2020-21 season, the good prospects that are presented especially for corn, with a larger area planted, within the framework of a firm trend in the prices of the cereal in recent days at the Chicago Market.The consultant Pablo Andreani considered that “2021 will be the year of corn and Argentina will once again be the second largest exporter in the world, behind the United States and above Brazil,” when speaking this week at different sectoral videoconferences.Ezequiel Cornejo, commercial director of Cofco -the country’s largest grain exporter-, stressed in turn that there are “more than good reasons to be active in planting” in the coming weeks, given the growing external demand and the expected profitability.These pronouncements were given prior to the launch of the thick campaign -which includes soybeans, corn, sunflower and sorghum- that the Buenos Aires Cereal Exchange will carry out next Wednesday.Andreani projected a “favorable cycle change for commodities in general and for corn in particular”, due to the “record world consumption, with the economic rebound of countries that concentrate more than 60% of the global population (China, India and Asia Peaceful)”. 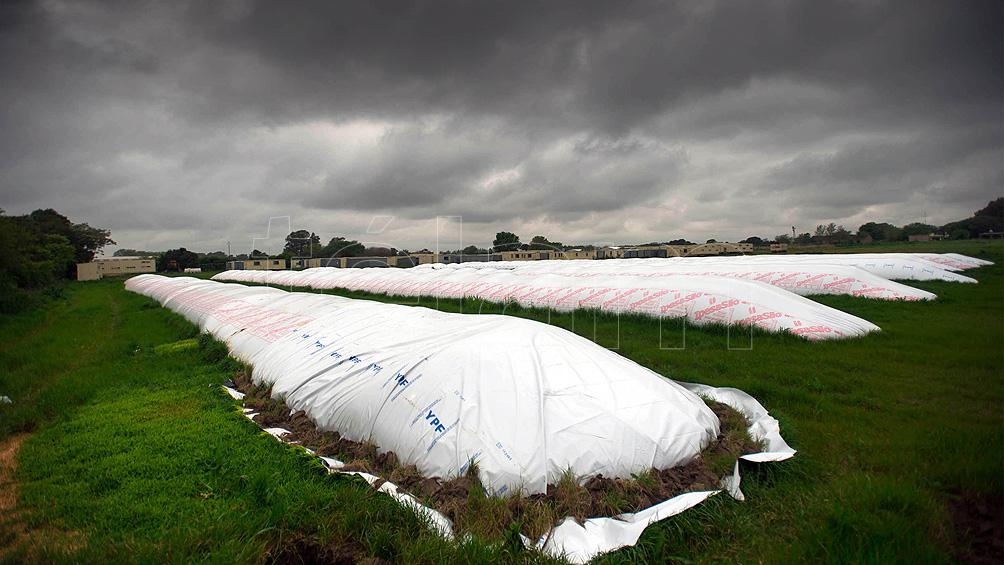 Argentina’s exportable balance is around 30 million tons
The good prospects for Argentine maize are based on the evolution of local yields in the last five agricultural cycles (up to 87 quintals per hectare), which are close to those of the United States (109.6).Brazil, in turn, exhibits lower yields for grain (55.4 qq / ha), although it maintains its competitiveness due to internal logistics.In this context, Andreani cited a report from the United States Department of Agriculture (USDA), according to which simultaneous records are expected in 2021 in world consumption of corn, wheat, rice, flour and soybean oil.The analyst also highlighted the rise in prices since last June, “an upward curve that can only be stopped if the current drought in the United States is reversed.”In this way, “even in the core zone, the gross margin of corn is more profitable than that of soybeans,” for which Andreani anticipated “an increase in the corn planting area of ​​500 thousand hectares, up to 6.8 million, which which raises questions about whether there will be enough seed. “

“It is a key moment to define the crop and all the variables play in favor: the price relationship between soybeans and corn is one of the most advantageous in the last 10 years for growing corn”

“It is a key moment to define the crop and all the variables play in favor: the price relationship between soybeans and corn is one of the most advantageous in the last 10 years for growing corn,” concluded the consultant.Cornejo, from the Chinese company Cofco (formerly Nidera), in turn assessed that the US corn crop continues to decline due to the drought in Iowa and Illinois, while North American post-quarantine ethanol production recovers.Demand from China is increasing at the same time, although there are “delays” in purchases in relation to the commitment made last July between Washington and Beijing, so the next operations “are going to be important for all commodities.”“Beyond the treaty with the US, China lowered its corn reserves from 258 million tons in 2016-17 to 96 million in the last cycle, with a production deficit of 50 million per year: if it does not matter, in two years it will be it remains without reservations, “calculated the businessman. 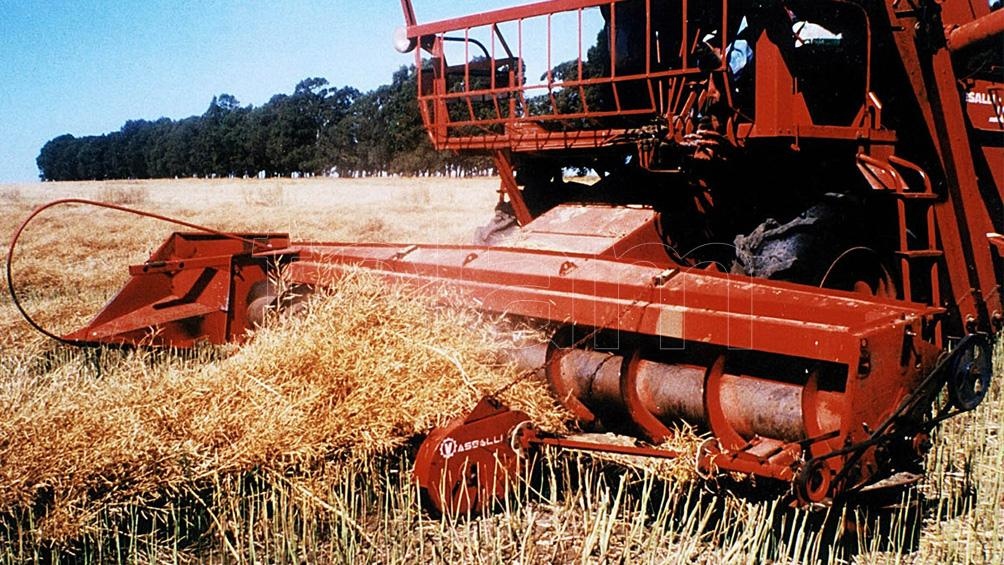 There are good prospects for Argentine corn
Cornejo recalled that Argentina’s exportable balance is around 30 million tons, after the sown area grew 42% in ten years, while “the impact of prices may be significant.”He later agreed that very favorable gross margins are expected for corn, of 37% in the first and 28% in the late, compared to 11% for soybeans.The Cofco manager warned, however, that in terms of climate “we started with the left foot in the water balance, with very limited reserves, rain forecasts below normal and high temperatures” during the spring, due to the phenomenon of La Girl.In this context, it projected a corn production in the next season of 49 million tons and down, compared to the 51 million expected a month ago, while 48 million are expected for soy (instead of the 51.5 million predicted in August ).In short, the structural supply situation in China and the potential climate problem in South America are compounded by the large monetary issue of all countries to combat Covid-19 (which turns to stocks and gold, but also commodities) , in a context of historically low prices, all of which means that the trend in prices is “upward”, concluded Cornejo.
info@graintraderargentina.com

All those named here, in this email, agree that all divergences, issues or claims arising from or related to any of the legal relationships arising from this contract and between any of them will be resolved definitively by the Chamber. Arbitration of the Buenos Aires Cereal Exchange. The court will act as a friendly composer, with application of the Rules and Uses of the Grain Trade and of the Procedures Regulations approved by decree 931/38 and / or its future modifications, extensions or complementary norms. Furthermore, they declare to know and accept the Rules and Uses of the Grain Trade.

For the purposes of this agreement, those present, for the treaty of disputes, constitute a special address at the secretary of the Chaco Stock Exchange, with address at A. Frondizi 174 floor 7.